1. Some DIY window-cleaning techniques can actually make your windows dirtier. When you rub at a window with paper towels, you’re not just pushing around grime—you’re creating a static charge on the glass, which can pull in dust particles whenever they float within range. Professionals use a squeegee in part because its rubber blade is such a poor conductor.

2. Don’t judge window washers by the amount of suds—or even elbow grease—they use. The more suds in the bucket, the likelier it is that residue will stay behind. And, with a good soap there’s no need to scrub hard. In fact, using too much pressure or the wrong tools could scratch the glass by rubbing in dirt particles. A light touch with a soft cloth applicator works best.

3. Don’t worry if the sun’s not out when the cleaners show up. It might seem counterintuitive, but cloudy days can be best for getting your windows completely transparent. The heat of straight-on sunlight can cause cleaning solution to dry too quickly, leaving spots and streaks that can make the job take longer. Plus, glare from glass can impair vision, making it harder to spot stains. 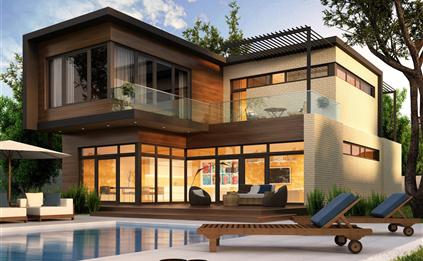 Things to Know About Window Washing

"We Maintain a Higher Standard"

4. The stuff in the bucket may vary. It’s common for even professional window washers to use dishwashing liquid; after all, if it can get drinking glasses flawlessly clean, it can do the same for window glass. But, different companies prefer different products. Some add in ammonia, which cuts through the kind of grease-based stains left by human hands, and others use a commercial foaming solvent, which stays in place rather than dripping.